Image 1 (below). Front cover of the photo album which I gifted to Mom on Mother's Day this year. That's me with a cowboy holster around my waist kissing Mom; there is a similar picture of my brother and Mom on the inside. By the way, Mom is Mary Margaret, born Gailliot. 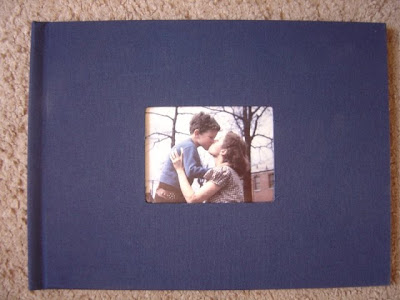 Image 2. This 8 x 10 inch, 20-page, landscape-formatted album contains photos of my mother taken throughout her life, in chronological order. Both the front and back of each page have photos.

I was so pleased with the photo album that I ordered two books, one for mom and one for myself. Actually, I received a two-for-one promotional so it was a deal. I created the book from scanned, digital images which I have been uploading to Snapfish(dot)com- an Internet photo album similar to Kodak Gallery, Picasa, Flickr, Photobucket, and other sites. I do not intend to endorse any particular site, but the book creator at Snapfish seemed to be easy to use- after a couple of trials.
I think these books are a great way to present and archive one's family history. Moreover, as Mom and I sat down to look over the album, I learned a few more items about mother's life and her neighborhood that I didn't know previously. For example, I thought my mother was the kid on the far LEFT in the picture of the "bathing beauties" lined up in grandma Gailliot's side yard on a summer day. I based this identification on other pictures of my mother as a child. Instead, Mom was the girl standing second from the kid on the far RIGHT. We then proceeded to identify all the kids in the picture. Some of the girls were linked to the same girls, but a few years older, in the picture of the graduating Sunday School Class on the facing page.
On the sample pages above (Image 2), I posted three pictures on the left page and two pictures on right. Other pages contained four and I could have inserted more. I try to limit my digital scans of vintage pictures to about 1280 x 960 pixels, but sometimes this is not possible with very small originals. However, one can see here that some pictures can be miniaturized to fit on the page. For example, the two portraits near the center on the left-hand page (Image 2) were originally similar in size to the others. This arrangement would be difficult to accomplish with traditional scrapbooks in which the pictures are not miniaturized but remain the same size and are trimmed to be smaller with scissors.
Now, to do an album of my father's pictures.
LINKS:
I was able to insert a total of 45 pictures in my album. But, I still had many more pictures. So, I created a video slide show of these pictures and several more (143 images; 22 minutes long) and uploaded it to my channel at Roxio Photoshow. Take a look at another means of presenting one's family history in pictures.
Posted by Bob Kramp at 4:11 PM No comments: